One of the most amazing things about vet emergency is that we get to see little miracles happening almost on a daily basis. One of these is a story about Darcy the super dog, who presented to us after consuming a rather large fish hook.

The situation was very time sensitive due to the hook being ingested over an hour before. Hence, the CVES team made a decision to start off with radiology first to find out its location. This way it would be easier to make e a plan for the surgical extraction.

After having some understanding of the situation, endoscopy was the next on our way, but unfortunately unsuccessful. CVES vets were able to find only some grass and the end of the fishing line, so ex lap surgery (an operation where the abdomen is opened and the organs are examined) was scheduled as the next logical step.

According to Dr Paul Chong, one of the surgeons on the case, “Extraction of the hook became a very high-risk procedure after realizing that it had migrated to just outside of the stomach wall. If it was in the stomach, a simple gastrotomy could be performed. However, the complications of a moving hook close to the major vessels in addition to the risks of an older patient under a long anaesthesia made everything even more nail biting. Thankfully, with the help of the experienced and dedicated CVES team, it was extracted successfully.”

It took our team 4 long hours to investigate Darcy’s organs millimetre by millimetre. Thanks to fast thinking we were able to finally find and extract the hook only inches from the pulsing aorta.

Darcy was an absolute champ during the entire process of diagnostics and the surgery; however, even after this wasn’t yet in a safe spot, as he was facing the risk of sepsis due to the hook being in his body for such a long time. For the next three days everyone held their breath to see which way will things go. And Darcy did it! He pushed through all the challenges and is now happy at home enjoying blissful sunny winter days with his mum.

Also, we would like to express our most sincere thank you to the amazing team at Hall Vet surgery who cared for this super dog alongside us. We wouldn’t be able to do this without them! 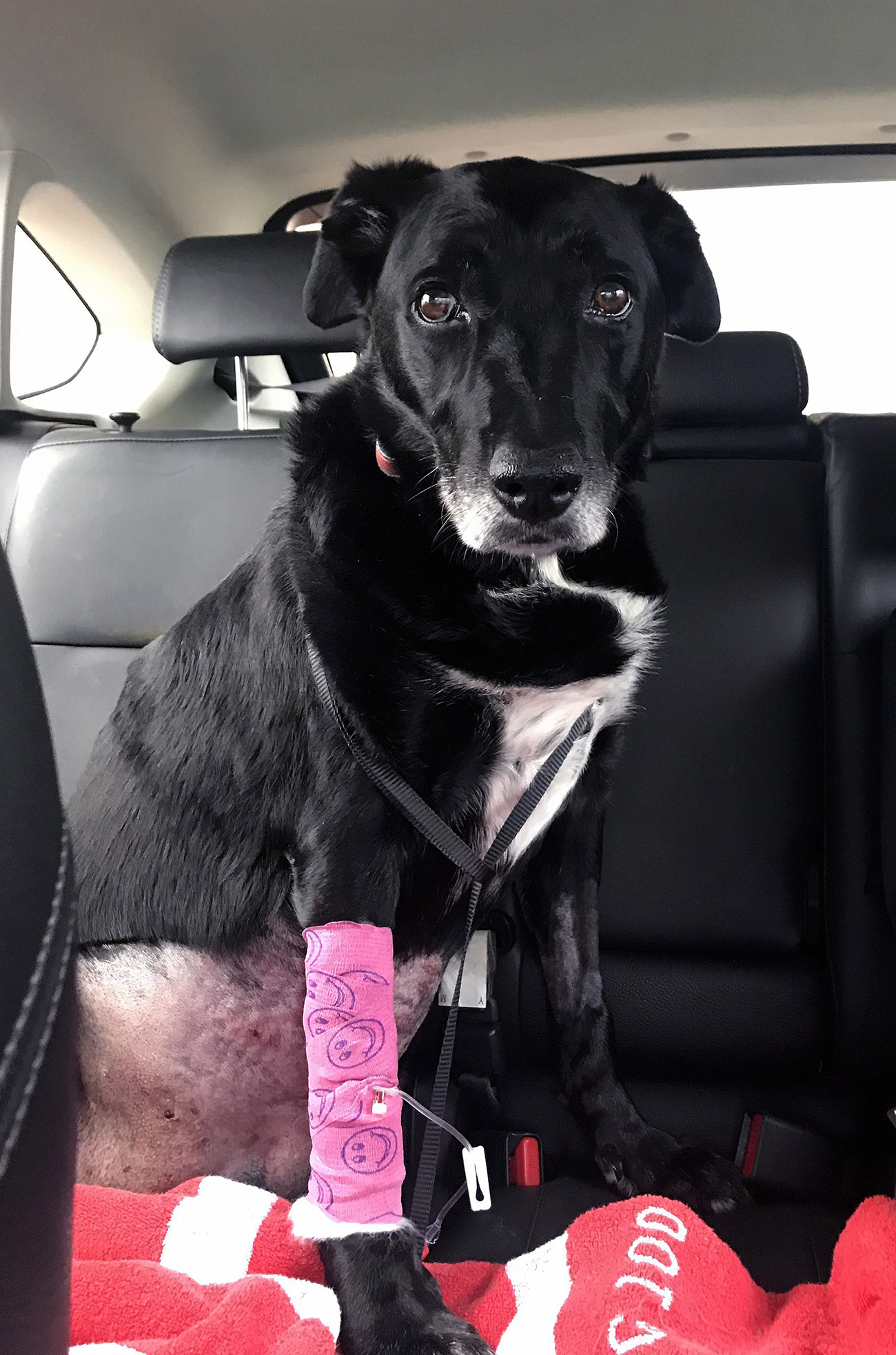 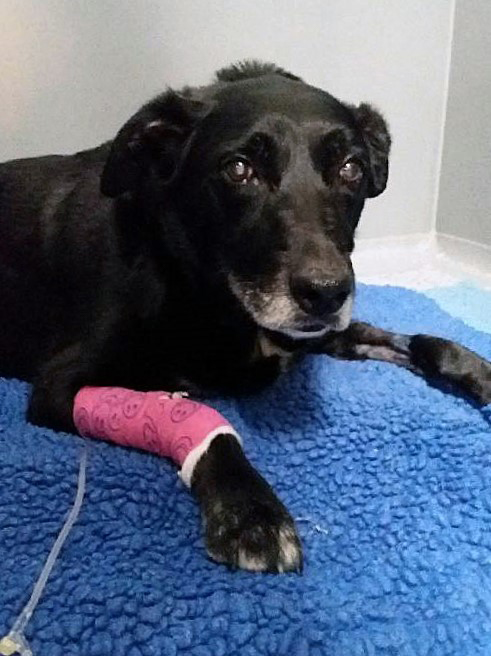 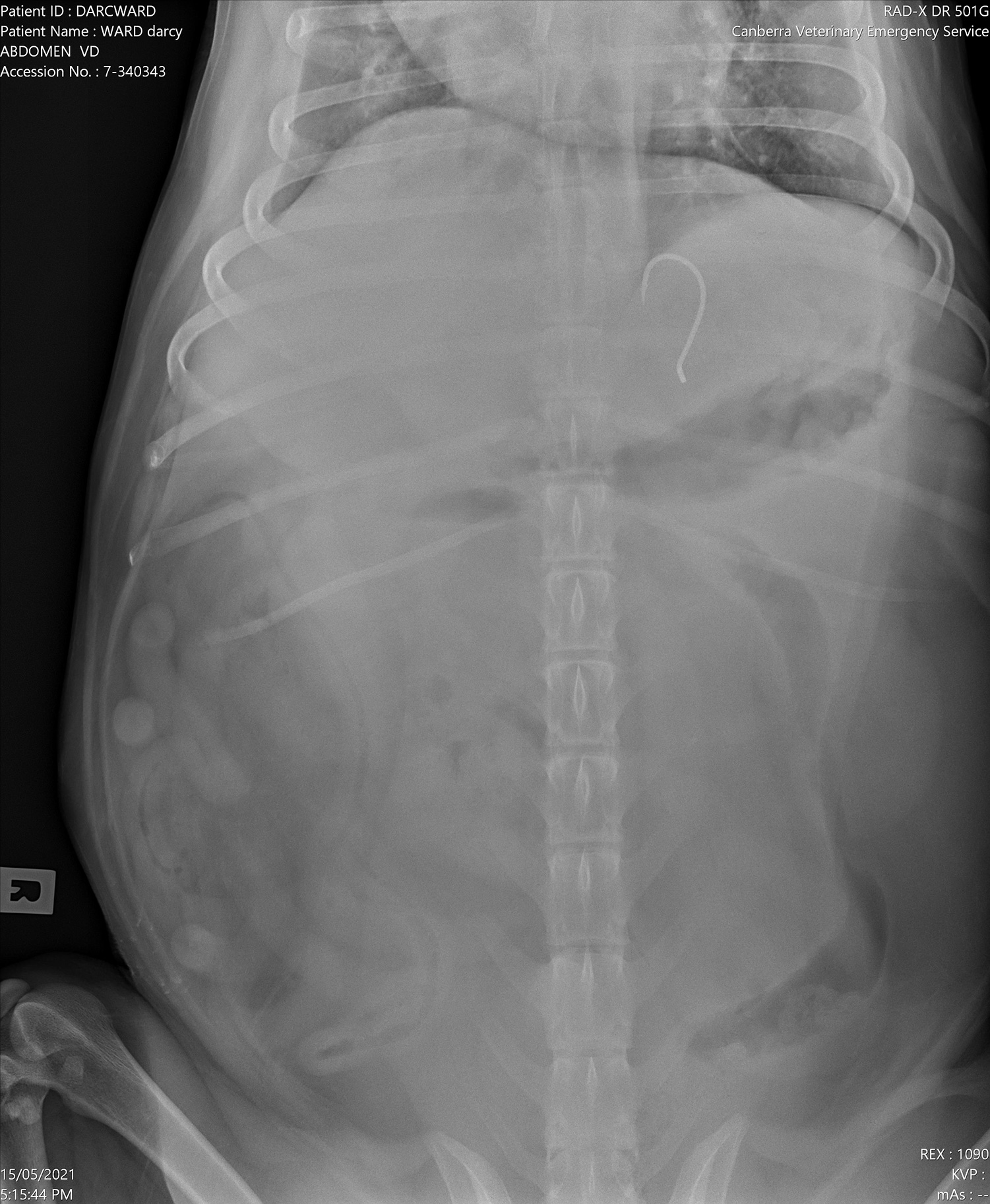 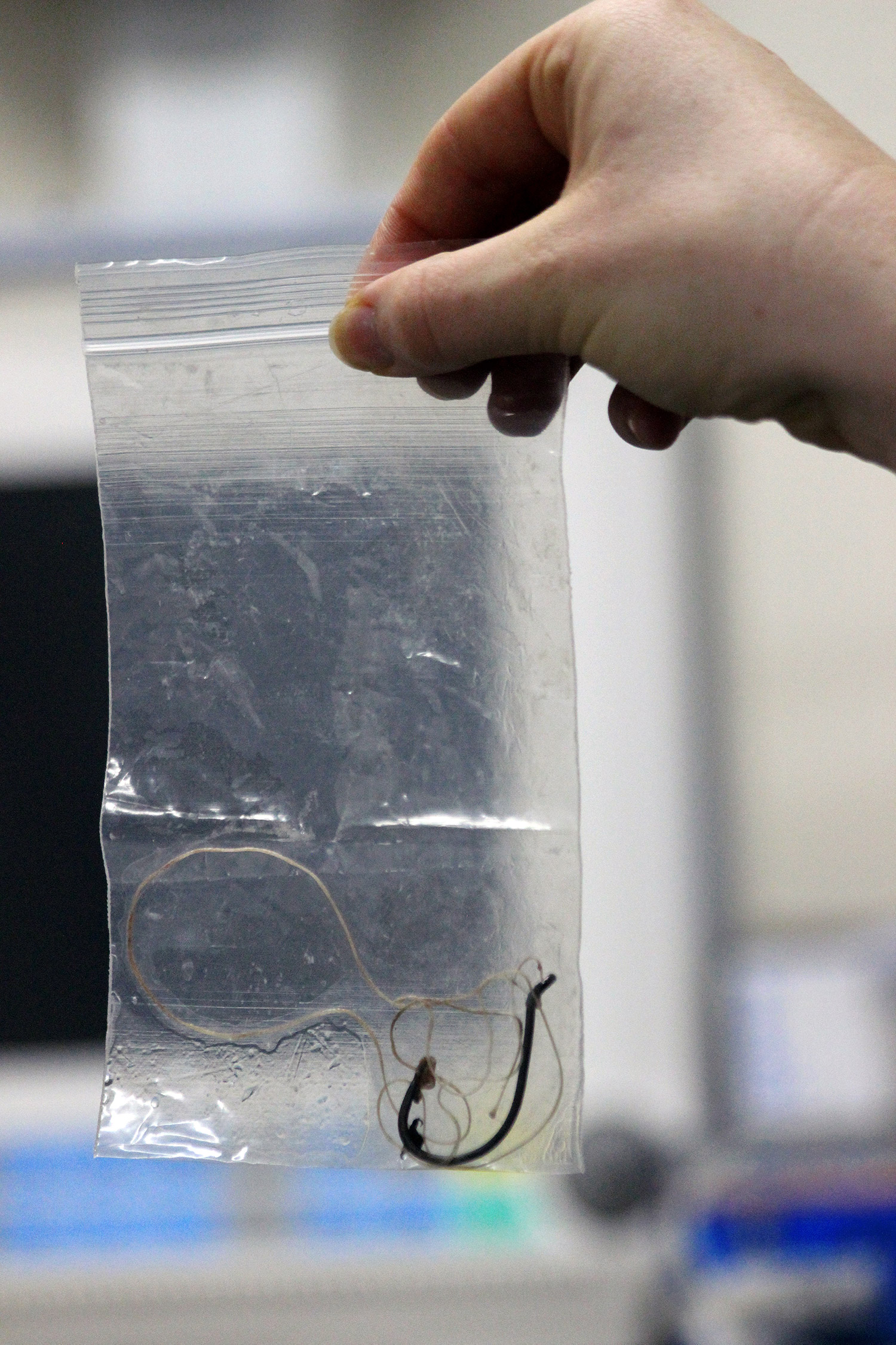 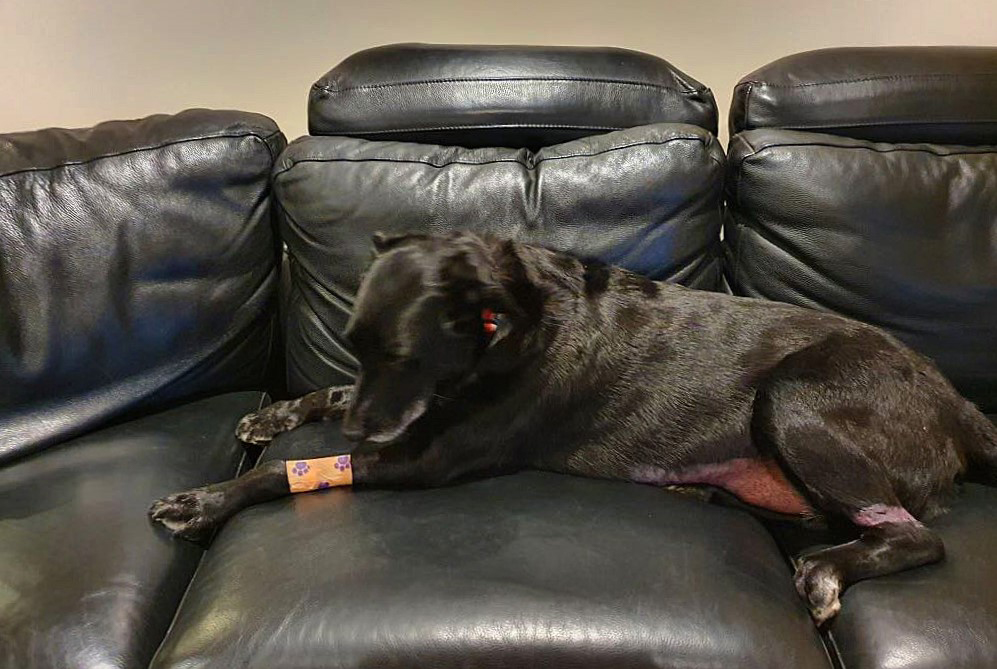 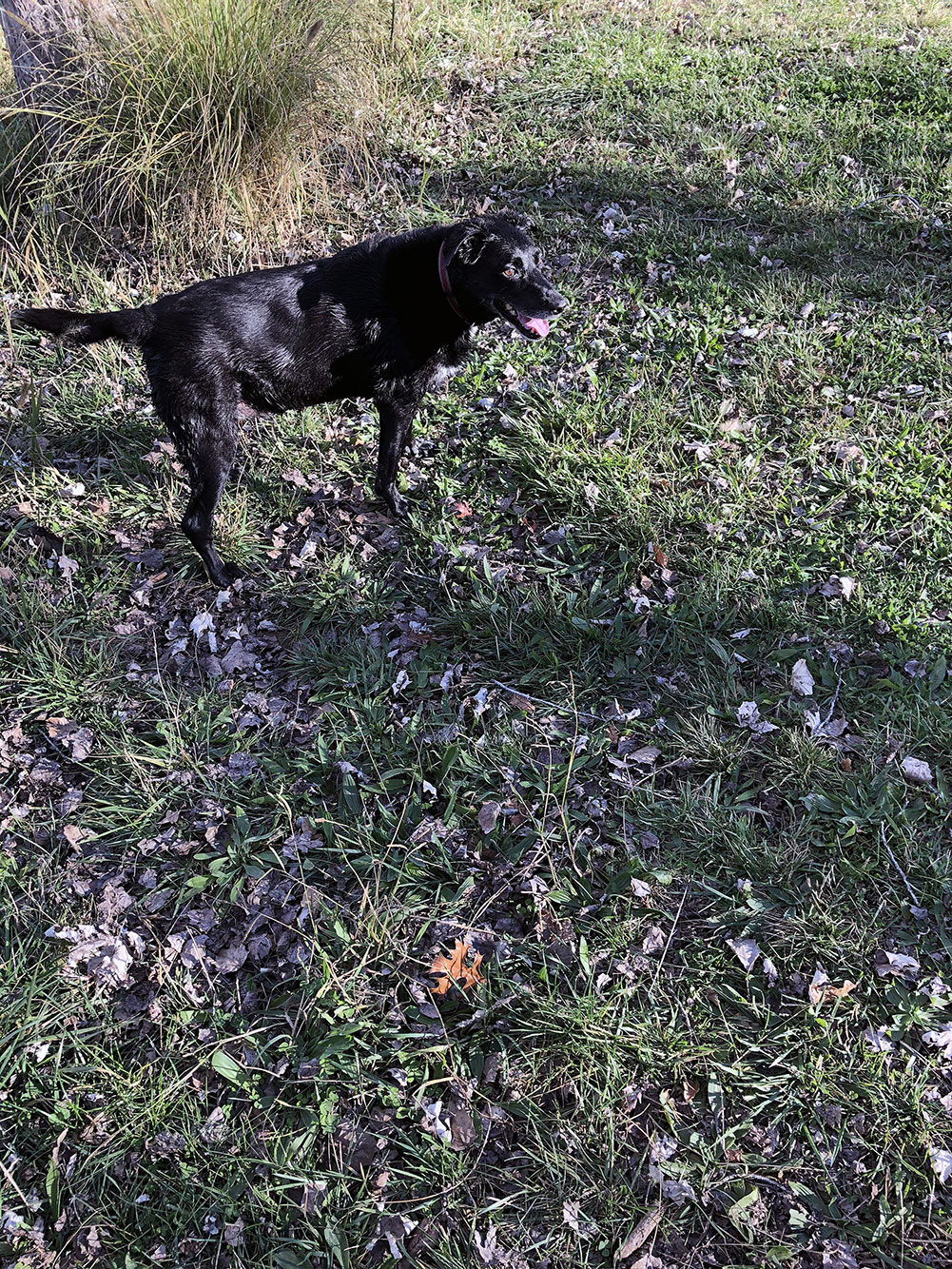