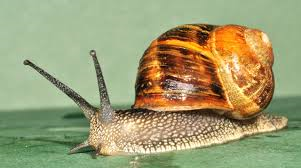 With the onset of the wetter Autumn and Winter weather well and truly upon us, it is timely to remind Pet Owners about the dangers that Snail Baits or ‘Molluscicides’ can pose to your pets.

Garden snails are most abundant in the cooler, wet weather of autumn and winter and with increased numbers, the destruction that they can cause to gardens and crops may cause many people to despair and reach for SnailBbait… but before you do, please think of your pets and the potential danger that this may pose to them!

Snail baits contain the pesticide, Metaldehyde, which is commonly available in pellet or liquid form. Metaldehyde primarly affects the nervous system and can cause clinical signs to occur as quickly as within an hour of ingestion. These include vomiting (due to irritation of the stomach), weakness, hypersalivation (drooling), muscle tremors progressing to seizures, respiratory failure and rapidly, death.

Immediate treatment can be lifesaving. Vomiting is induced to decontaminate the stomach as well as enemas to hasten elimination from the gastrointestinal tract. Activated charcoal is given to bind any chemical that may have been absorbed into the circulation. Treatment is largely supportive but if seizures are severe, this may even include inducing anaesthesia so that continuous gastric lavages and enemas can be performed to remove all possible metaldehyde from the intestinal tract.

This is Beanz, a gorgeous 4yo female Cavalier X who presented to CVES after her owners found her eating Snail Bait. When she presented to the clinic, Beanz was only showing mild muscle tremors and was slightly over-reactive to stimulation. Vomiting was induced and only a small amount of Snail Bait was produced but unfortunately this was only the beginning…

Shortly after admission to hospital and commencing treatment, Beanz developed grand mal seizures which were so severe that she needed to be anaesthetised to control them. She remained under anaesthetic for nearly 4 hours overnight while repeated gastric lavages and enemas removed a seemingly impossible amount of Snail Bait from her system. It was hard to imagine that such a little dog had eaten so much Snail Bait! After nearly 4 hours her gastric lavages and enemas finally showed that all the Snail Bait had been removed from her system and Beanz was able to make an uncomplicated recovery from anaesthesia. She was discharged home to her loving family that night, as though nothing had ever happened!

We would like to thank her wonderful owners for sharing her story and for helping us to raise awareness of the risks that Snail Baits can cause – not just to snails but also to our beloved pets.